A randomized, double-blind, placebo-controlled study of sildenafil (Study 1) was conducted in 277 patients with PAH (defined as a mean pulmonary artery pressure of greater than or equal to 25 mmHg at rest with a pulmonary capillary wedge pressure less than 15 mmHg). Patients were predominantly World Health Organization (WHO) functional classes II-III. Allowed background therapy included a combination of anticoagulants, digoxin, calcium channel blockers, diuretics, and oxygen. The use of prostacyclin analogues, endothelin receptor antagonists, and arginine supplementation were not permitted. Subjects who had failed to respond to bosentan were also excluded. Patients with left ventricular ejection fraction less than 45% or left ventricular shortening fraction less than 0.2 also were not studied.

The primary efficacy endpoint was the change from baseline at week 12 (at least 4 hours after the last dose) in the 6 minute walk distance. Placebo-corrected mean increases in walk distance of 45 to 50 meters were observed with all doses of sildenafil. These increases were significantly different from placebo, but the sildenafil dose groups were not different from each other (see Figure 9), indicating no additional clinical benefit from doses higher than 20 mg three times a day. The improvement in walk distance was apparent after 4 weeks of treatment and was maintained at week 8 and week 12. 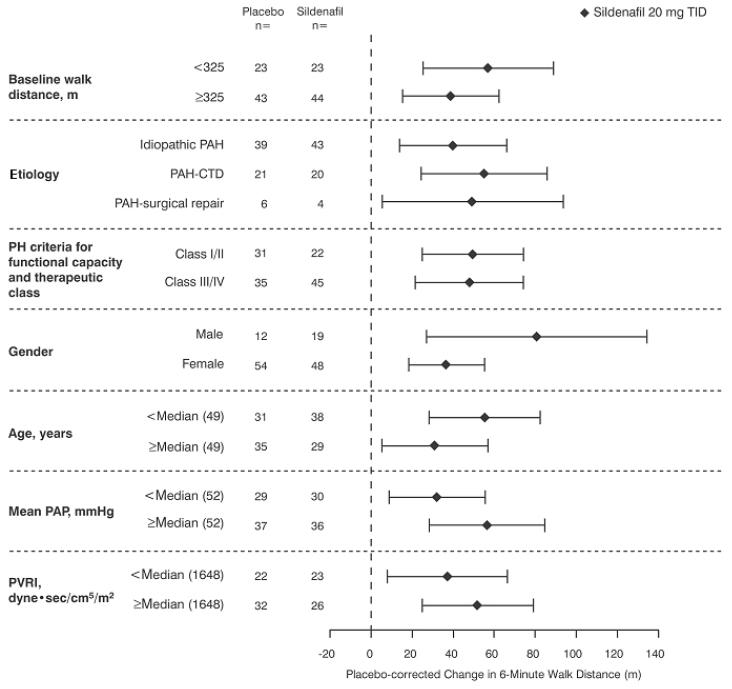 Of the 277 treated patients, 259 entered a long-term, uncontrolled extension study. At the end of 1 year, 94% of these patients were still alive. Additionally, walk distance and functional class status appeared to be stable in patients taking sildenafil. Without a control group, these data must be interpreted cautiously.

A randomized, double-blind, placebo controlled study (Study 2) was conducted in 267 patients with PAH who were taking stable doses of intravenous epoprostenol. Patients had to have a mean pulmonary artery pressure (mPAP) greater than or equal to 25 mmHg and a pulmonary capillary wedge pressure (PCWP) less than or equal to 15 mmHg at rest via right heart catheterization within 21 days before randomization, and a baseline 6 minute walk test distance greater than or equal to 100 meters and less than or equal to 450 meters (mean 349 meters). Patients were randomized to placebo or sildenafil (in a fixed titration starting from 20 mg, to 40 mg and then 80 mg, three times a day) and all patients continued intravenous epoprostenol therapy.

There was a statistically significant greater increase from baseline in 6 minute walk distance at Week 16 (primary endpoint) for the sildenafil group compared with the placebo group. The mean change from baseline at Week 16 (last observation carried forward) was 30 meters for the sildenafil group compared with 4 meters for the placebo group giving an adjusted treatment difference of 26 meters (95% CI: 10.8, 41.2) (p = 0.0009).

Patients on sildenafil achieved a statistically significant reduction in mPAP compared to those on placebo. A mean placebo-corrected treatment effect of -3.9 mmHg was observed in favor of sildenafil (95% CI: -5.7, -2.1) (p = 0.00003). 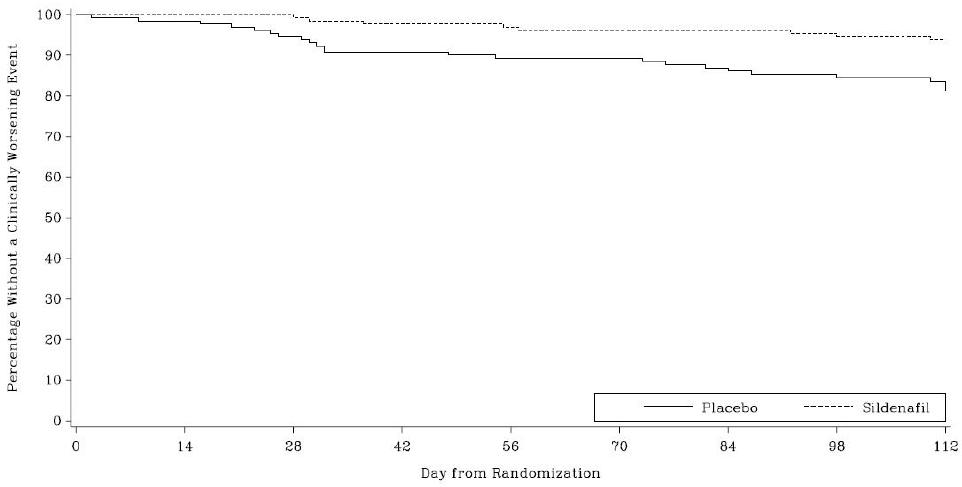 Figure 11: Kaplan-Meier Plot of Time (in Days) to Clinical Worsening of PAH in Study 2

The primary efficacy endpoint was the change from baseline at Week 12 (at least 4 hours after the last dose) in the 6 minute walk distance. Similar increases in walk distance (mean increase of 38 to 41 meters) were observed in the 5 and 20 mg dose groups. These increases were significantly better than those observed in the 1 mg dose group (Figure 12). 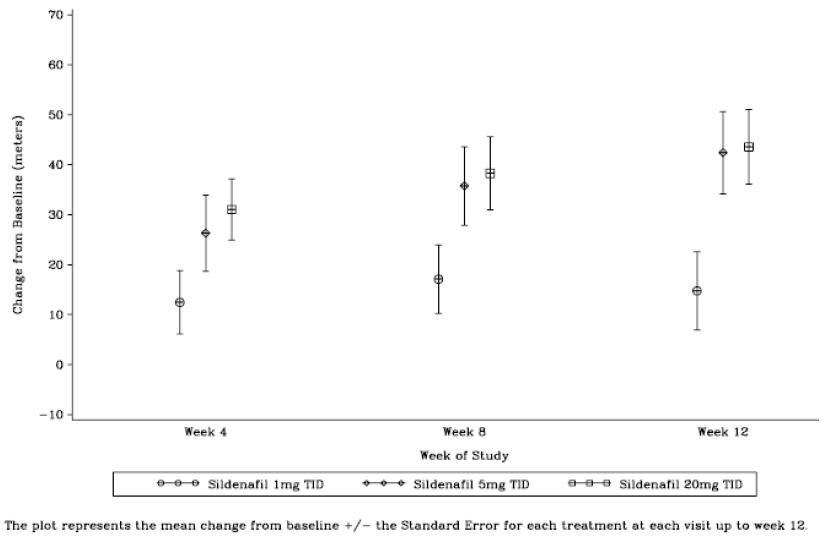 A randomized, double-blind, placebo controlled study was conducted in 103 patients with PAH who were on bosentan therapy for a minimum of three months. The PAH patients included those with primary PAH, and PAH associated with CTD. Patients were randomized to placebo or sildenafil (20 mg three times a day) in combination with bosentan (62.5 to 125 mg twice a day). The primary efficacy endpoint was the change from baseline at Week 12 in 6MWD. The results indicate that there is no significant difference in mean change from baseline on 6MWD observed between sildenafil 20 mg plus bosentan and bosentan alone.