The ability to quickly and automatically translate anything you see using a web service is a powerful one, yet few expect much from it other than a tolerable version of a foreign article, menu or street sign. Shouldn’t this amazing tool be put to better use? It can be, and a company called Lilt is quietly doing so — but crucially, it isn’t even trying to leave the human element behind.

By combining the expertise of human translators with the speed and versatility of automated ones, you get the best of both worlds — and potentially a major business opportunity.

The problem with machine translation, when you really get down to it, is that it’s bad. Sure, it won’t mistake “tomato” for “potato,” but it can’t be trusted to do anything beyond accurately translate the literal meaning of a series of words. In many cases that’s all you need — for instance, on a menu — but for a huge amount of content it simply isn’t good enough.

This is much more than a convenience problem; for many, language provides serious professional and personal barriers.

“Information on a huge number of topics is only available in English,” said Lilt co-founder and CEO Spence Green; he encountered this while doing graduate work in the Middle East, simultaneously learning Arabic and the limitations placed on those who didn’t speak English.

Much of this information is not amenable to machine translation, he explained. Imagine if you were expected to operate heavy machinery using instructions run through Google Translate, or perform work in a country where immigration law is not available in your language.

“Books, legal information, voting materials… when quality is required, you need a human in the loop,” he said.

Working on translation projects there and later at Google, where he interned in 2011, Green found himself concerned with how machine translation could improve access to information without degrading it — as most of the systems do.

His realization, which he pursued with co-founder John DeNero, was that machine learning systems worked well not simply as a tool for translation, but as tool for translators. Working in concert with a translation system makes them faster and better at their work, lightening the cognitive load.

The basic idea of Lilt’s tool is that the system provides translations for the next sentence or paragraph, as a reference for structure, tense, idiom and so on that the translator can consult and, at least potentially, work faster and better. Lilt claims a 5x increase in words per hour translated, and says the results are as good or better than a strictly human translation. 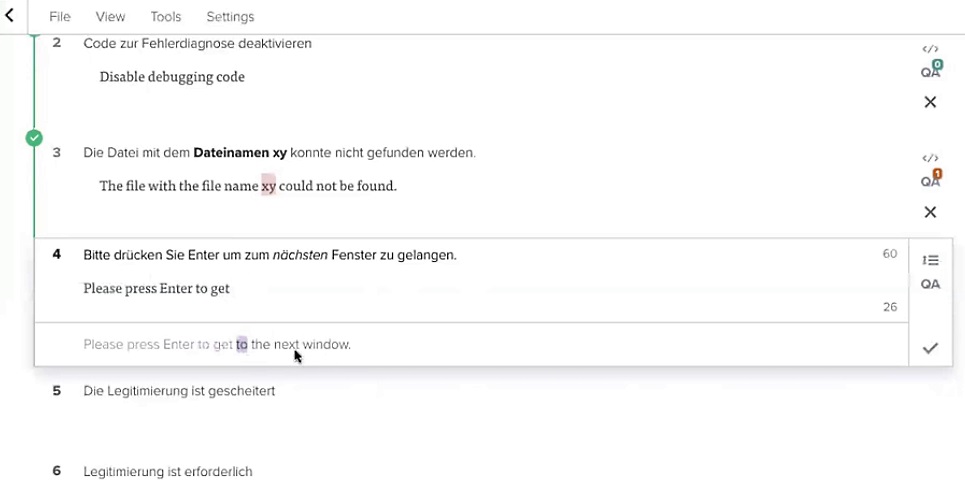 “We published papers — we knew the technology worked. We’d worked with translators and had done some large-scale experiments,” Green said, but the question was how to proceed.

Talk to a big company and get them interested? “We went through this process of realizing that the big companies are really focused on the consumer applications — not anywhere there’s a quality threshold, which is really the entire translation industry,” Green said.

Stay in academic research, get a grant and open-source it? “The money kind of dried up,” Green explained: money was lavishly allocated after 9/11 with the idea of improving intelligence and communication, but a decade later the sense of urgency had departed, and with it much of the grant cash.

Start a company? “We knew the technology was inevitable,” he said. “The question was who would bring it to market.” So they decided it would be them.

Interestingly, a major change in language translation took place around the time they were really getting to work on it. Statistical neural network systems gave way to attention-based ones; these have a natural sort of affinity to efficiently and effectively parsing things like sentences, where each word exists not like a pixel in an image, but is dependent on the words nearby it in a structured way. They basically had to reinvent their core translation system, but it was ultimately for the better.

“These systems have much better fluency — they’re just a better model of language. Second, they learn much faster; you need fewer updates to adapt to a domain,” Green said. That is to say, as far as domains, that the system can quickly accommodate jargon and special rules found in, say, technical writing or real estate law.

Of course, you can’t just sprint into the midst of the translation business, which spans publishing, real-time stuff, technical documents and a dozen other verticals, and say “here, use AI!”

“There’s enormous structural resistance in the industry to automating in any real way,” Green said. There was no way a major publishing house was going to change the way it worked.

“We tried several business models before we found one that works. There really hasn’t been a company that has decided ‘Okay, this human-in-the-loop method is the fundamental way to solve this problem, let’s just build a company around that.’ So we’re vertically integrated, we work with big enterprises and governments, and we just own the entire translation workflow for them.”

A faster method that doesn’t adversely affect translation quality is basically an efficiency multiplier — catnip for organizations that have a lot of content that needs accurate translation but needs to get the most for their money.

Think about it like this: if you’re a company that puts out products in 20 countries that speak as many languages, translation of packaging, advertising, documentation and so on is a task that’s essentially never done. The faster and cheaper you can get it done, the better, and if you have a single company that can handle it all, that’s just a cherry on top.

“We work with Zendesk, Snap, Sprinklr… we just take over the whole localization workflow for them. That helps with international go to market.” said Green. If a company’s translation budget and process before using Lilt limited it to targeting 5 or 6 new markets in a given period, that could double or triple for the same price and staff, depending on efficiency gains.

Right now they’re working on acquiring customers, naturally. “In Q4 last year we built our first sales team,” Green admitted. But initial work with governments especially has been heartening, since they have “more idiosyncratic language needs” and a large volume of text. The 29 languages Lilt supports right now will be 43 by the end of the year. A proofreading feature is in the works to improve the efficiency of editors as well as translators.

They’re also working hard on connecting with academics and building the translation community around Lilt. Academics are both a crucial source of translators and language experts and a major market. A huge majority of scientific literature is only published in English because it would be onerous to translate this highly technical text for others.

Green’s pet peeve seems to be that brilliant researchers are being put to work on boring consumer stuff: “Tech companies are kind of sucking up all the talent and putting them on Assistant or Alexa or something.” It’s a common refrain in frontier tech like AI and robotics.

Finally, Green said, “it’s my great hope that we can close this circle and get into book translation as we go on. It’s less lucrative work but it’s the third part of the vision. If we’re able to, it’s a choice where we’ll feel like we’ve done something meaningful.”

Although it may start out as support documents for apps and random government contracts, the types of content and markets amenable to Lilt’s type of human-in-the-loop process seem likely to only increase. And a future where AI and people work in cooperation is certainly more reassuring than one where humans are replaced. With translation at least, the human touch is nowhere near ready to be excluded.