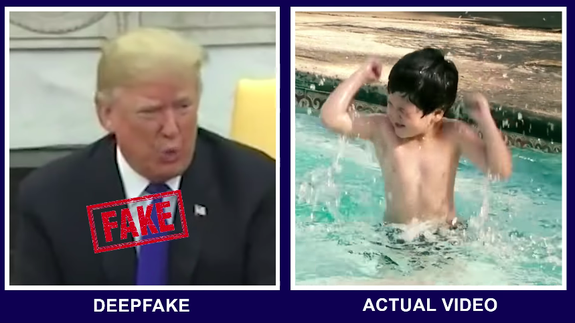 The era of “deepakes” has been a scary one a we live with the fear of how more nefarious people might manipulate videos in the future to create legitimate “fake news.”

Thankfully, the folks at The Late Show with Stephen Colbert have found a way in to the subject that actually makes us laugh: by turning the concept on its head via President Donald Trump.

While the gag is pretty one note — Trump’s speeches are actually deepfakes of children throwing tantrums or of Vladimir Putin speaking — it’s a smart way in to a standard Trump joke that makes it feel fresh and relevant again.

So until a deep fake that actually fools us all into real consequences comes along, at least we have this to make us laugh and keep from crying.  Read more…