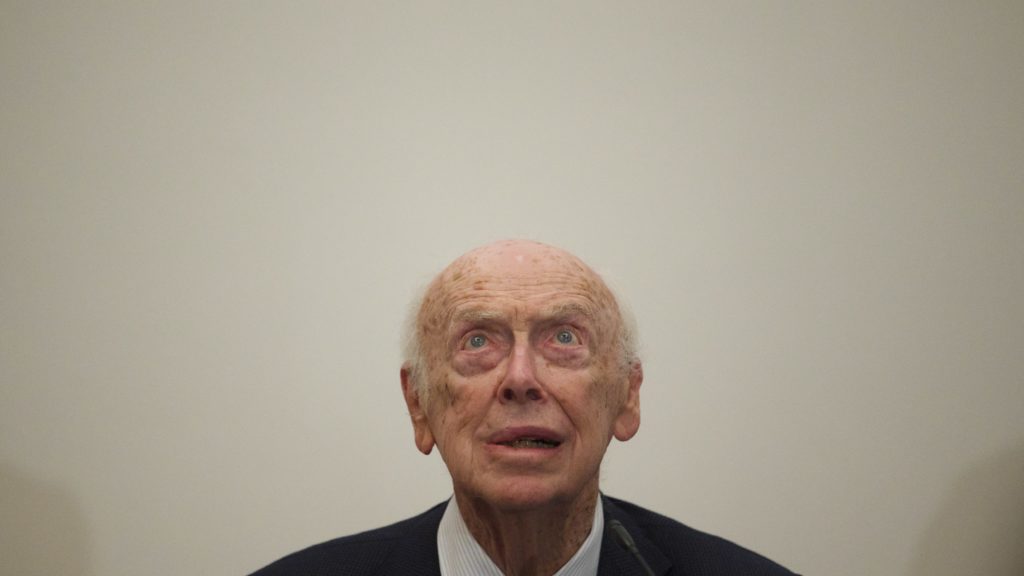 The lab that James Watson led for decades has stripped the Nobel laureate of his last remaining honorary positions, it announced on Friday, in reaction to Watson’s refusal (in a recent documentary) to take back statements widely regarded as racist.

In a statement, Cold Spring Harbor Laboratory’s CEO Bruce Stillman and the chair of its board of trustees Marilyn Simons said the lab “unequivocally rejects the unsubstantiated and reckless personal opinions Dr. James D. Watson expressed on the subject of ethnicity and genetics” in the PBS documentary. The statements “are reprehensible, unsupported by science, and in no way represent the views of CSHL, its trustees, faculty, staff, or students. The Laboratory condemns the misuse of science to justify prejudice.”