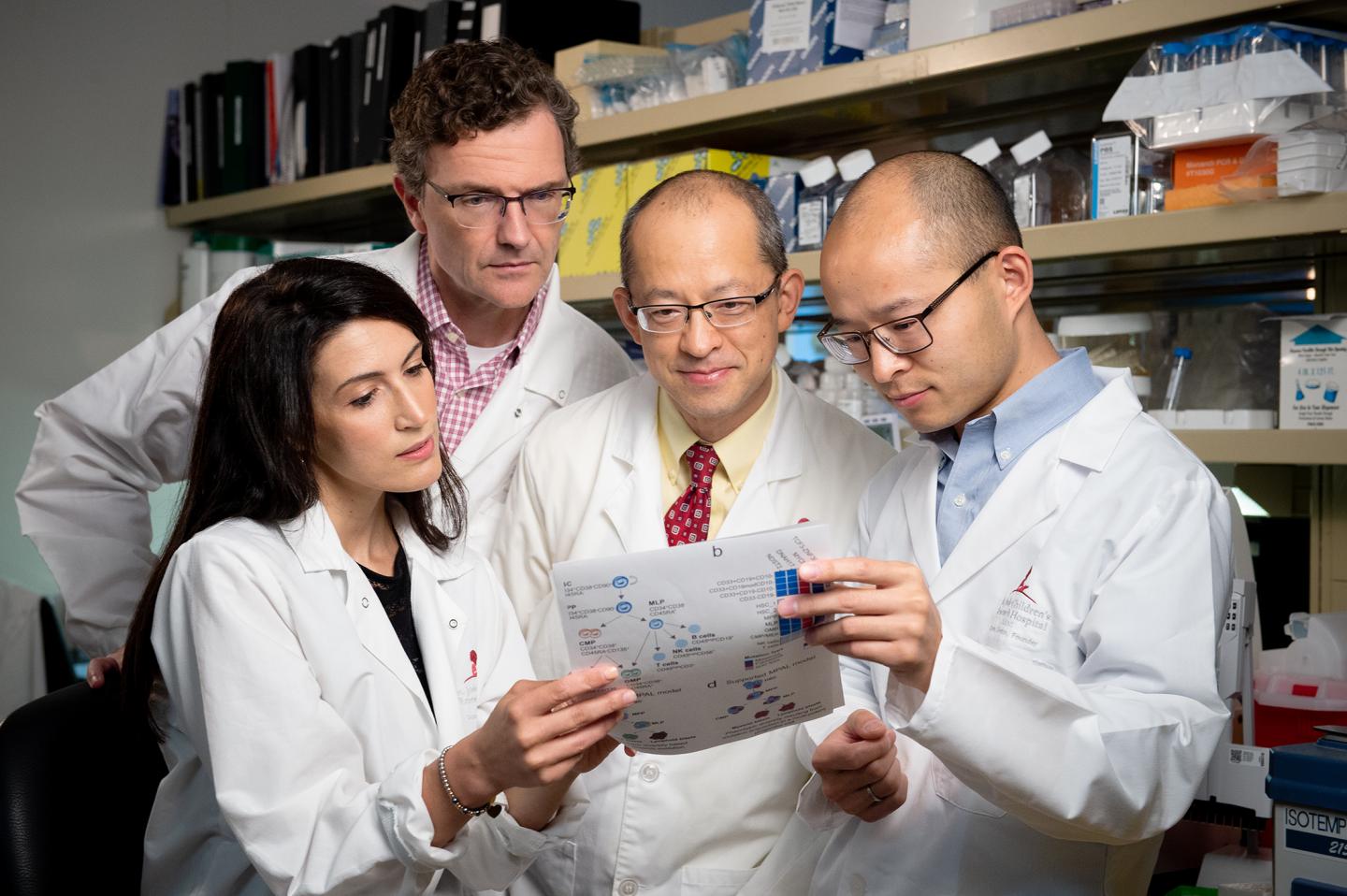 St. Jude Children's Research Hospital investigators have unraveled the origins and identified mutations associated with a perplexing form of acute leukemia. The landmark study appears today as an advance online publication in the journal Nature and lays the foundation for more effective treatment of patients with the high-risk cancer.

The research focused on mixed phenotype acute leukemia (MPAL), a subtype of acute leukemia that accounts for about 3 percent of the estimated 3,500 pediatric cases of acute leukemia diagnosed annually in the U.S. MPAL also occurs in adults. Their treatment is complicated because MPAL does not fit cleanly into a single diagnosis, but includes features of both acute lymphoblastic leukemia and acute myeloid leukemia. These markers, which help determine treatment, sometimes change with time or treatment, in some cases enough to change the diagnosis from MPAL to AML or vice versa.

"ALL and AML have very different treatments. But MPAL has features of both, so the question of how best to treat patients with MPAL has been challenging the leukemia community worldwide–and long-term survival of patients has been poor," said Charles Mullighan, MBBS, M.D., a member of the St. Jude Department of Pathology. He and Hiroto Inaba, M.D., Ph.D., an associate member of the St. Jude Department of Oncology, are the study's corresponding authors. Long-term survival for young MPAL patients is 47 to 75 percent, compared to more than 90 percent for young ALL patients and 65 to 75 percent for AML.

In this study, researchers identified mutations that define the two most common subtypes of MPAL, B/myeloid and T/myeloid. Investigators also reported evidence that some MPAL patients may benefit from existing targeted therapies, including inhibitors that target the tyrosine kinase FLT3. The enzyme drives leukemic cell growth.

The scientists also showed the mutations were present in developmentally "immature" blood cells, including the hematopoietic (blood) stem cells that give rise to all other blood cell types. The finding helps resolve an unexplained hallmark of MPAL–why leukemic cells have both myeloid and lymphoid features. In contrast, ALL and AML involve a single type of either myeloid or lymphoid blood cell.

"These findings suggest that the founding mutation occurs early in blood cell development, in some cases in hematopoietic stem cells, and results in an acute leukemia with features of both myeloid and lymphoid cells," said Thomas Alexander, M.D., formerly of St. Jude and now of the University of North Carolina at Chapel Hill. Alexander, Zhaohui Gu, Ph.D., and Ilaria Iacobucci, Ph.D., both of the St. Jude Department of Pathology, are the first authors.

More broadly, the research adds evidence from cancer genetics to support a model of blood system development in which the destiny of developing blood (progenitor) cells is determined later in the developmental process than previously recognized.

"These results offer a leap in understanding about this disease that provides a genetically based framework for designing clinical trials to develop more effective treatments of MPAL," Inaba said.

Based on the results, researchers have proposed updating the World Health Organization's classifications of acute leukemia to include three new MPAL subtypes. They include two subtypes whose signature mutations in the genes WT1 and ZNF384 were identified in this study.

The findings stem from what is likely the most comprehensive genomic analysis yet of MPAL. Investigators used next-generation sequencing–including whole genome, whole exome and RNA sequencing–to analyze 115 leukemia samples from pediatric patients with MPAL. Research centers and other organizations in the U.S., Europe, Israel, Asia and Australia provided the samples.

The exome is the portion of the genome that carries the protein-coding region. RNA sequencing provides a snapshot of the genes that are being expressed. The results included data generated by the Therapeutically Applicable Research to Generate Effective Treatments (TARGET) initiative of the National Cancer Institute.

Four subtypes of MPAL had been previously identified, but until this study the genetic basis of the T/myeloid and B/myeloid subtypes was a mystery.

Researchers showed that T/myeloid and B/myeloid subtypes are genetically distinct, but have similarities to other leukemia subtypes.

For example, WT1 was the most frequently mutated transcription factor gene in T/myeloid MPAL. WT1 is also commonly altered in a subtype of ALL called early T-cell precursor ALL. Researchers took a closer look and found early T-cell precursor ALL and T/myeloid MPAL shared other molecular similarities and may benefit from similar treatments, including therapies that target cell signaling pathways.

"That is biologically and clinically important," Mullighan said. "The findings suggest the ZNF384 rearrangement defines a distinct leukemia subtype and the alteration should be used to guide treatment."