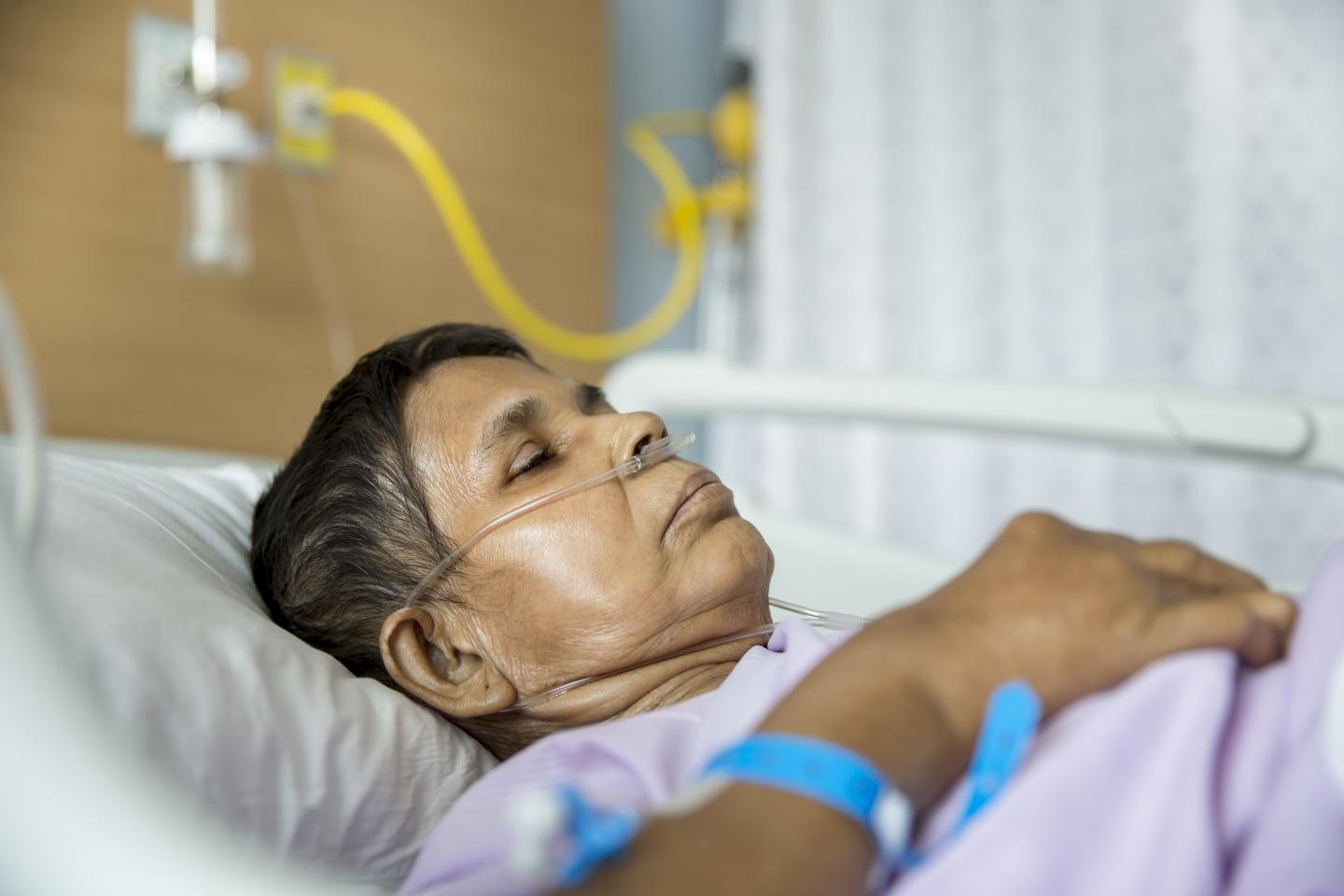 In “Effect of Supplemental Oxygen on Blood Pressure in OSA: A Randomized, CPAP Withdrawal Trial,” Chris D. Turnbull, BMBCh, a physician at the Oxford Centre for Respiratory Medicine at Churchill Hospital Oxford in the U.K., and co-authors report that in patients with moderate to severe OSA, supplemental oxygen prevented the rise in systolic and diastolic blood pressure, and the increase in oxygen desaturations that were seen in the control arm of the study after CPAP was withdrawn.

Twenty-five adults living in the United Kingdom participated in the study. All had been using CPAP successfully for over a year. CPAP was withdrawn for 14 nights, during which time participants first received supplemental oxygen or regular air overnight through a face mask or nasal cannula, and then crossed over to a second CPAP withdrawal period with the opposite treatment. Neither the researchers nor the participants knew when the participant was receiving the intervention (oxygen) or control (air) therapy.

Many studies have demonstrated an association between OSA, hypertension and cardiovascular disease. Some of these studies have linked the acute rises in blood pressure that OSA patients experience while sleeping to the constant need to wake up when their breathing stops or is partially blocked.

The authors of the current study wanted to find out if these recurrent arousals were also responsible for higher blood pressure in OSA patients during the day or whether intermittent hypoxia (low oxygen levels), resulting from interrupted breathing during sleep, caused a rise in blood pressure during the day.

The study found that supplemental oxygen substantially reduced intermittent hypoxia, but had minimal effect on two markers of arousal: the apnea-hypopnea index, a measure of sleep apnea severity that takes into account episodes of paused and shallow breathing, and the heart rate rises index. Based on these findings, the authors wrote that “intermittent hypoxia appears to be the dominant cause of daytime increase in blood pressure in OSA.”

Dr. Turnbull said, “This is important because many patients, especially those with few symptoms, are unable to tolerate using CPAP treatment and other treatments may be needed for these individuals,” given that elevated levels of blood pressure put them at greater risk for heart attack and stroke.

“The next challenge for researchers will be to see if supplemental oxygen treatment has similar effects in patients in the longer-term along with assessing its longer-term safety,” Dr. Turnbull said.

The study also looked at objective and subjective measures of daytime sleepiness but did not find a difference between the two groups.

About the American Journal of Respiratory and Critical Care Medicine (AJRCCM):

The AJRCCM is a peer-reviewed journal published by the American Thoracic Society. The Journal takes pride in publishing the most innovative science and the highest quality reviews, practice guidelines and statements in pulmonary, critical care and sleep medicine. With an impact factor of 12.996, it is the highest ranked journal in pulmonology. Editor: Jadwiga Wedzicha, MD, professor of respiratory medicine at the National Heart and Lung Institute (Royal Brompton Campus), Imperial College London, UK.

About the American Thoracic Society:

The ATS will hold its 2019 International Conference, May 17-22, in Dallas, Texas, where world-renowned experts will share the latest scientific research and clinical advances in pulmonary, critical care and sleep medicine.