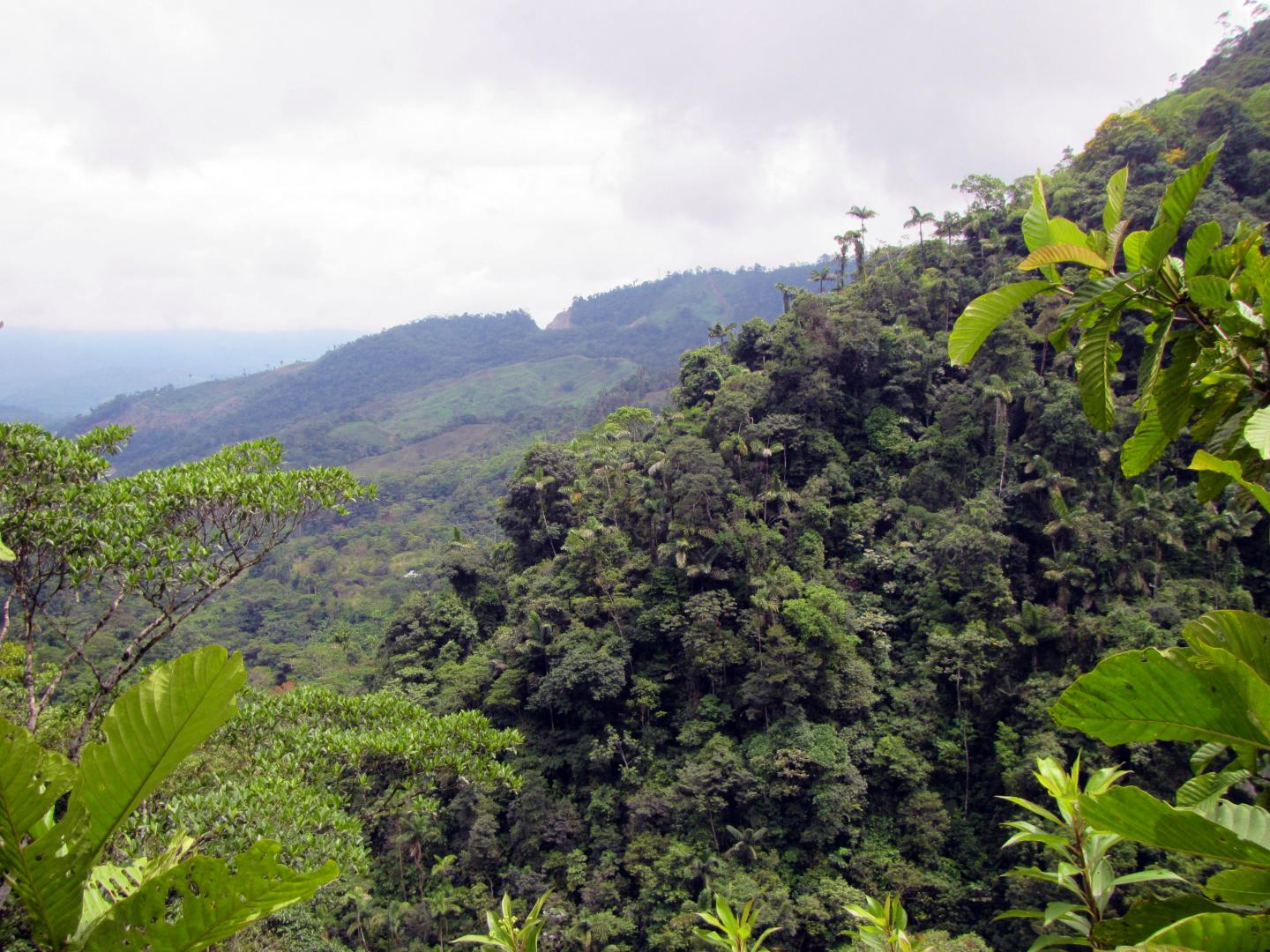 A historic peace treaty which brought an end to half a century of violence has led to mass deforestation in Colombia, scientists have warned.

The 2016 peace deal formally ended 52 years of civil war in Colombia that left at least 220,000 dead and more than seven million people displaced.

After four years of talks, a treaty was signed between the Colombian Government and guerrilla groups including the Revolutionary Armed Forces of Colombia (FARC). Their main founders were small farmers and land workers who had banded together to fight inequality in Colombia.

During the civil war, an ecologically significant region of Colombia, which researchers have named the Andes-Amazon ‘biodiversity bridge’ was a dangerous ‘no go’ area because it was controlled by FARC soldiers. The ‘bridge’ got its name because it links the Amazon rainforest to the Andes and contains hugely significant ecosystems, spans three national parks and is the home of thousands of rare and exotic species, some of which have been there for 22 million years.

Once the FARC soldiers were disarmed, it led to a vacuum of power which is being exploited by large landowners who are now deforesting the area at an alarming rate to make way for farms and for the illegal growth of coca crops. Official Colombian sources reported that in 2017, 219,973 hectares of forest were lost from the region – the equivalent of 35 football pitches every hour.

An international group of conservationists and scientists from Colombia and the UK is now urging the new Colombian Government to formally protect the area and to take urgent steps to halt the deforestation and development.

A new paper, published in Conservation Letters, summarises research into the biodiversity bridge and looks at the impact of increased levels of deforestation. Professor Chris Jiggins, one of the authors of the paper and a Fellow of St John’s College, University of Cambridge, visited the area as part of his research.

He said: “This is a critical moment for Colombia – there are new threats to these areas but there’s still some forest left. The systematic clearance of trees breaks an important link between the Andes and the Amazon that has played a vital role in the evolution of animals and plants. But if action is taken sooner rather than later we could preserve the area and maintain links between these irreplaceable ecosystems.”

Colombia is one of the most biodiverse countries in the world and the deforestation is destroying the habitats of everything from insects, bats and hummingbirds, to monkeys and bears.

Dr Nicola Clerici, first author on the paper and Associate Professor at the Universidad del Rosario in Colombia, said: “We are appealing for the attention of international conservation organisations and Governments to funnel both research and development funds and resources to promote and nourish projects focused on the preservation and sustainable management of this strategic Andes-Amazon bridge.”

Felling trees in the region to create homes is also a problem for humans – it is not easy to farm on rainforest land.

Professor Jiggins added: “This is not productive agricultural land so it is not going to be an easy life for people eking out a living on these hillsides. Finding sustainable ways to give people employment would be the best solution for the people in Colombia as well as for the rainforest.”

The paper urges Colombian governmental institutions to halt deforestation in the region and to work collaboratively with international conservation organisations to focus resources on the irreplaceable region and ensure it is properly protected and restored.