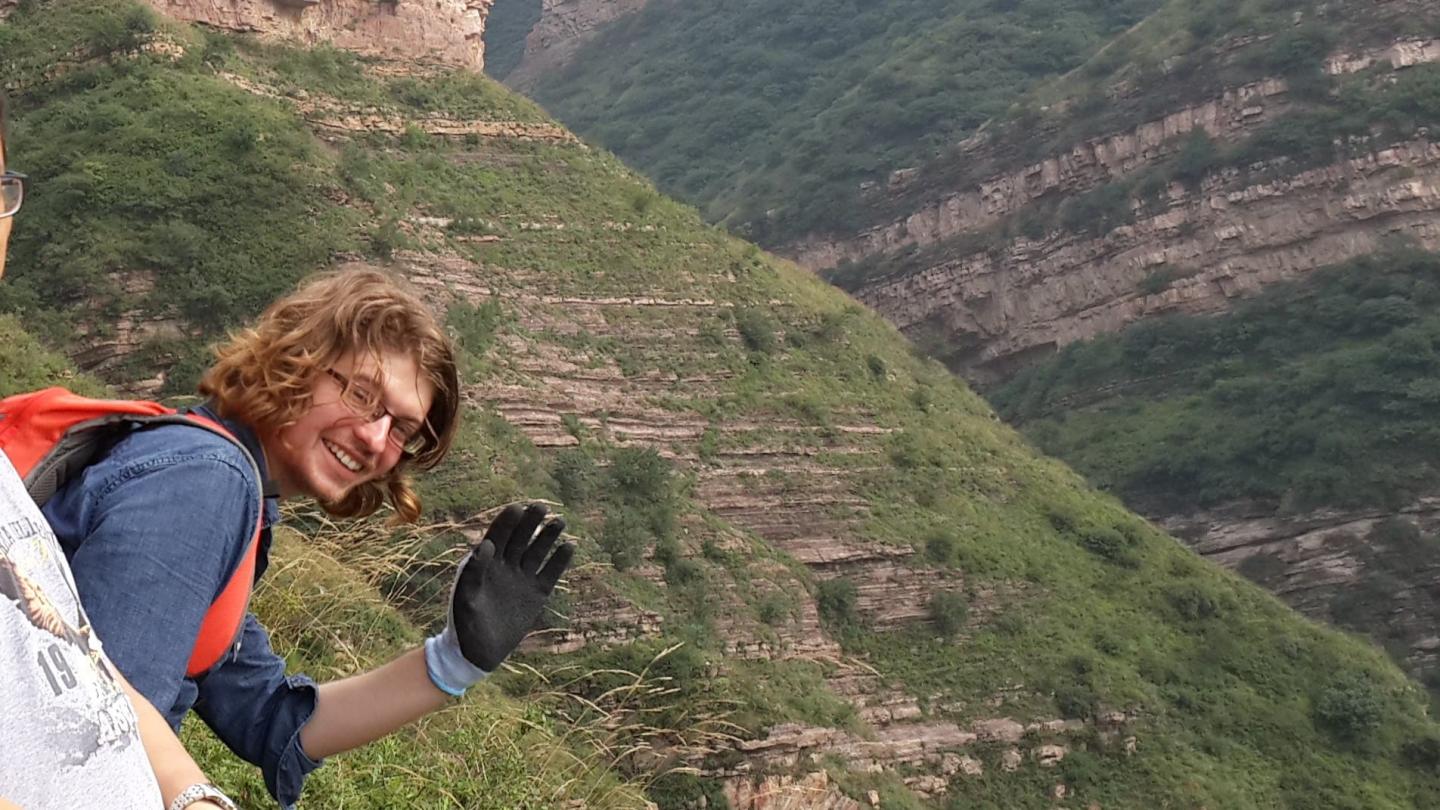 Sleuthing by a Rice University postdoctoral fellow is part of a new Nature paper that gives credence to theories about Earth’s atmosphere 1.4 billion years ago.

Rice’s Justin Hayles and his colleagues, led by Peter Crockford at McGill University in Montreal, analyzed samples from an ancient Canadian lake bed that turned up anomalous oxygen isotopes embedded in deposits of sulfate. The oxygen provides hints at the extent of life on ancient Earth’s surface.

The researchers found the planet’s gross primary production – a measure of processes like photosynthesis – was a small fraction of modern levels during a stretch of the Proterozoic eon known to researchers as the “Boring Billion” because of the planet’s environmental and evolutionary stability.

“The Boring Billion is called boring because it seemed for a long time that nothing remarkable was occurring on Earth’s surface, but the evolution of Earth and the life on its surface continued,” Hayles said.

Hayles, a National Science Foundation postdoctoral fellow, did the work as a Ph.D. student at Louisiana State University. He joined the Rice lab of Laurence Yeung, an assistant professor of Earth, environmental and planetary sciences, two years ago.

Hayles’ analysis with specialized mass-spectrometry equipment was part of the effort to analyze cores taken from the lake bed. “When the project started, we were just looking to see what sulfates looked like through Earth’s history,” he said. “In the process, we analyzed this one set of samples and found an anomaly.”

That anomaly was an unexpected amount of oxygen-17, one of three stable isotopes of oxygen. “This was shocking because we thought this anomaly could only exist when atmospheric carbon dioxide concentrations are extremely high, such as during a ‘snowball Earth’ event,” Hayles said. “It turns out that this condition is not needed if concentrations of atmospheric oxygen (O2) and bioproductivity are much lower than today.”

Because oxygen is highly reactive, it easily combined with sulfide in what was then a lake at Ontario’s Sibley Basin. “When you form sulfate from sulfide, you get a little bit of O2 incorporated,” he said. “That is preserved as a capsule of the ancient atmosphere, so it contains oxygen from back in the Proterozoic, 1.4 billion years ago.”

The researchers suggested their discovery is the oldest direct measurement of atmospheric oxygen isotopes by nearly a billion years, taken from a time when microorganisms, including bacteria and algae, were beginning to ramp up production through photosynthesis but had not yet reached the fertile period that triggered a second “oxygenation event.”

“It has been suggested for many decades now that the composition of the atmosphere has significantly varied through time,” said Crockford, now a postdoctoral fellow at Princeton. “We provide unambiguous evidence that it was indeed much different 1.4 billion years ago.”

The researchers said their discovery could help in the search for clues to life on other planets.

“Earth during the Proterozoic was like an alien world compared with the modern Earth,” Hayles said. “The atmosphere had only a small amount of oxygen and the environment was arguably much warmer.

“Knowing how well microbial life thrived tells us what to expect on a hypothetical planet with a similar environment,” he said. “There is potential that if Mars was ever sufficiently Earth-like and the right material found its way to Earth, this technique could provide similar evidence.”

The research was supported by the Natural Sciences and Engineering Research Council of Canada, the Fonds de Recherche du Quebec-Nature et Technologies and the University of Colorado Boulder.

This news release can be found online at http://news.rice.edu/2018/07/18/lake-bed-reveals-details-about-ancient/

Located on a 300-acre forested campus in Houston, Rice University is consistently ranked among the nation’s top 20 universities by U.S. News & World Report. Rice has highly respected schools of Architecture, Business, Continuing Studies, Engineering, Humanities, Music, Natural Sciences and Social Sciences and is home to the Baker Institute for Public Policy. With 3,970 undergraduates and 2,934 graduate students, Rice’s undergraduate student-to-faculty ratio is just under 6-to-1. Its residential college system builds close-knit communities and lifelong friendships, just one reason why Rice is ranked No. 1 for quality of life and for lots of race/class interaction and No. 2 for happiest students by the Princeton Review. Rice is also rated as a best value among private universities by Kiplinger’s Personal Finance. To read “What they’re saying about Rice,” go to http://tinyurl.com/RiceUniversityoverview.