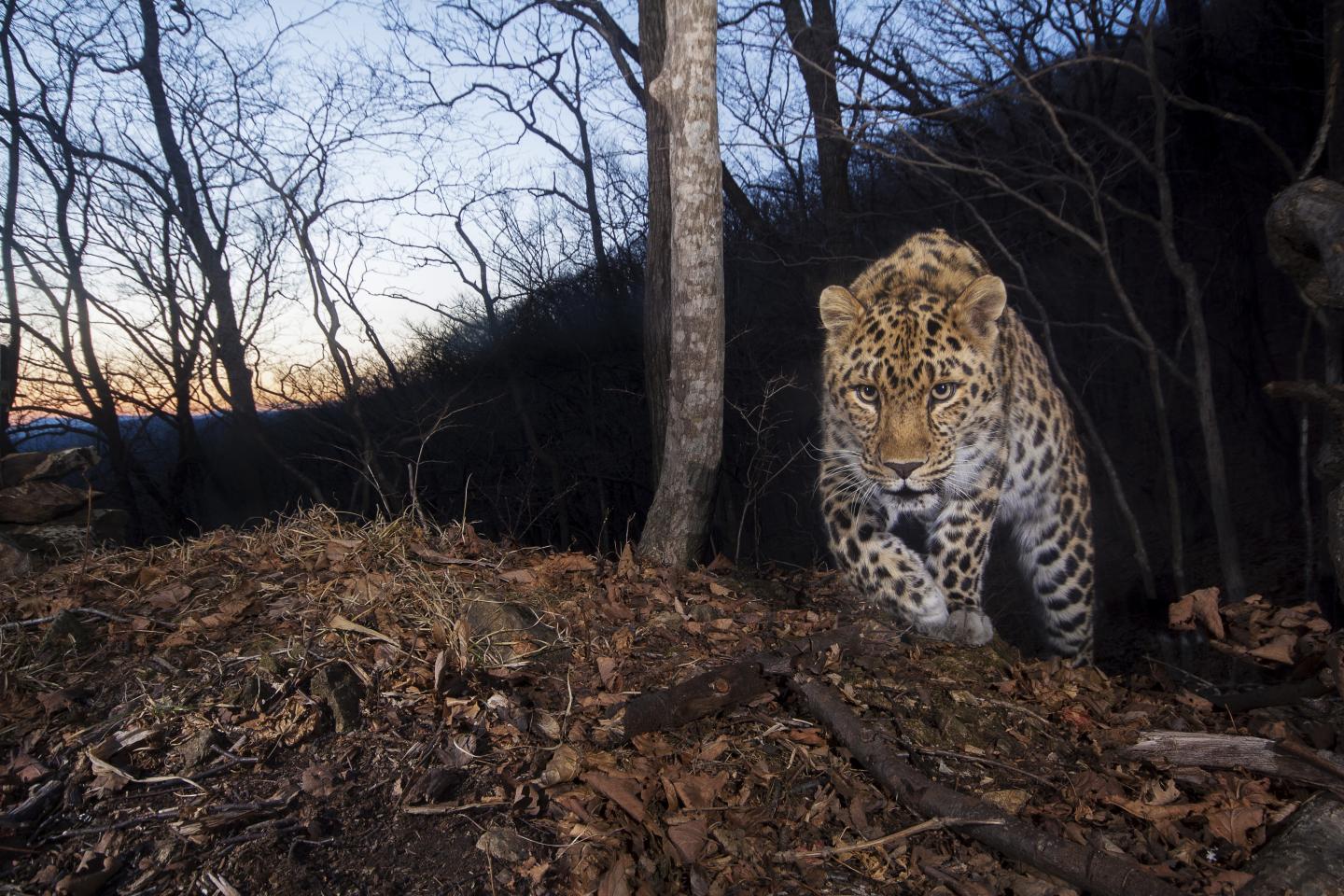 VLADIVOSTOK, Russia, (July 13, 2018) – Scientists estimate there are only 84 remaining highly endangered Amur leopards (Panthera pardus orientalis) remaining in the wild across its current range along the southernmost border of Primorskii Province in Russia and Jilin Province of China.

This new estimate of the Amur leopard population was recently reported in the scientific journal, Conservation Letters by scientists from China, Russia, and the United States. The scientists combined forces to collate information from camera traps on both sides of the border of China and Russia to derive the estimate. Because there are no records of leopards in other parts of its former range, this estimate represents the total global population of this subspecies in the wild.

Although numbers are small, previous estimates in Russia were even less, ranging from 25 to 50 individuals. However, those surveys, based on tracks left in the snow, were extremely difficult to interpret due to the unclear relationship between numbers of tracks and number of individuals. With camera traps, each individual can be identified by its unique spot pattern, providing a much more precise estimate.

Combining data from both countries increased precision of the estimate, and provided greater accuracy. Surprisingly, about one-third of the leopards were photographed on both sides of the Sino-Russian border.

Anya Vitkalova, a biologist at Land of the Leopard National Park in Russia, and one of the two lead authors of the publication said: “We knew that leopards moved across the border, but only by combining data were we able to understand how much movement there really is.”

Despite the movement, there were differences in population dynamics in Russia versus China. Leopards are currently recolonizing habitat in China by dispersing from the Russian side, where leopard numbers appear to be close to the maximum that can be supported.

Because of these transboundary movements of leopards, simply adding results from both sides would have greatly exaggerated the estimate.

Dale Miquelle, a co-author and Tiger Program Coordinator for the Wildlife Conservation Society noted: “This first rigorous estimate of the global population of the Amur leopard represents an excellent example of the value of international collaboration. The trust and goodwill generated by this joint effort lays the foundation for future transboundary conservation actions.”

The WCS Russia Program works to protect the extensive forest and tundra ecosystems of the Russian Far East and the myriad species whose survival depends on these intact, functional ecosystems. We use science as a foundation for designing and implementing appropriate conservation actions for numerous species of wildlife, including Amur tigers, Far Eastern leopards, Kamchatka brown bears, and Blakiston’s fish owls. We focus on key species and critical landscapes as a means to achieve biodiversity conservation throughout the region.