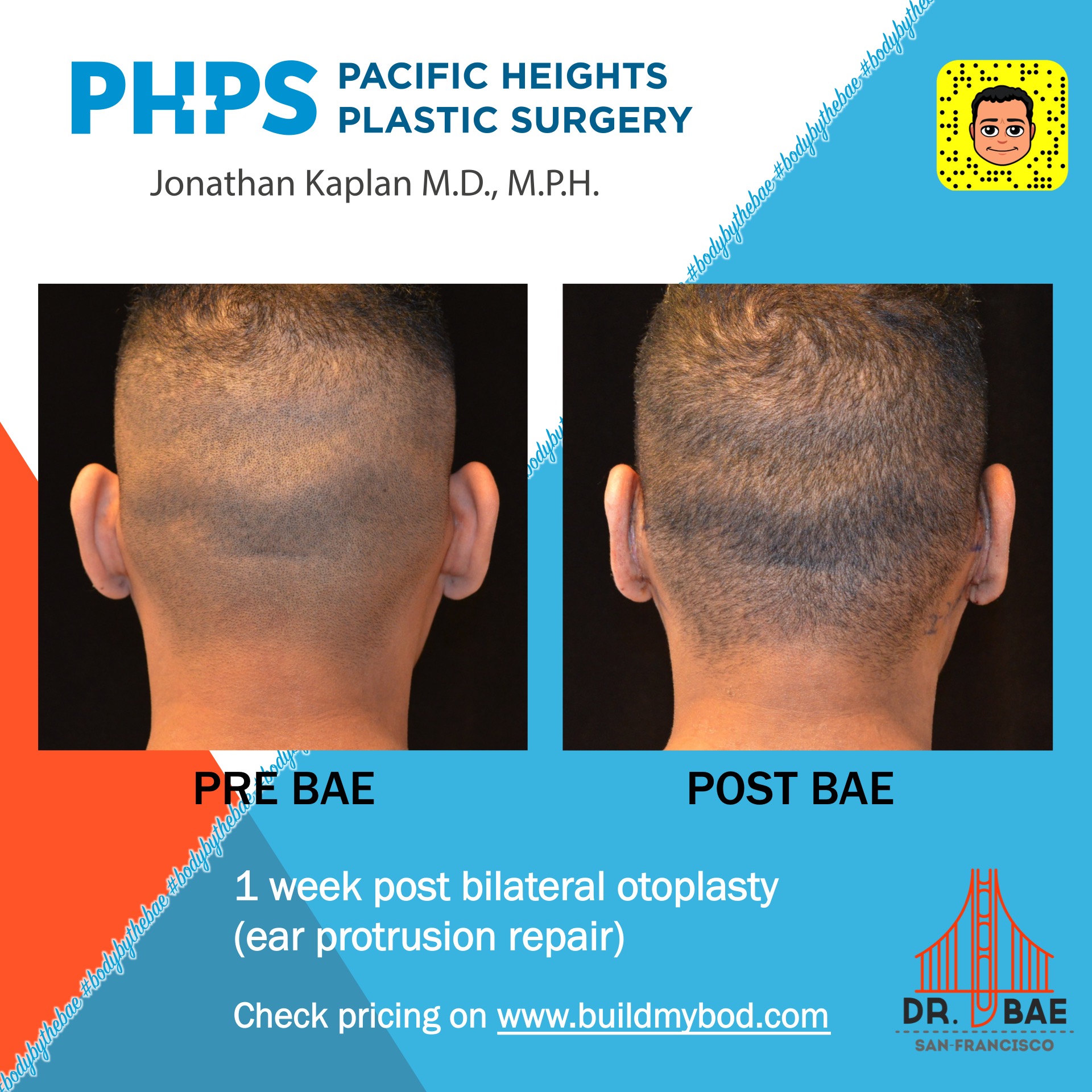 If you’re looking for a quick synopsis of prominent ear surgery, you’ve come to the right place! Broadly speaking, there are two different causes of prominent ears. In one type, the ear bends outwards because of a lack of normal architecture within the visible part of the ear. In the second type, the cartilage that connects the ear to the side of the head is too prominent. This is due to a deep “conchal bowl” – the type of correction described in the video below.

These two different causes can occur alone or in combination to create a prominent ear. Surgery differs based on the underlying cause.

In the second type, the excess cartilage that connects the base of the ear to the side of the head (the conchal bowl) must be reduced. To do this, an incision is made behind the ear similar to the incision used in the first type of prominent ear correction. A wedge of cartilage is removed from the conchal bowl. This reduces the prominence of the ear. But stitches again are used to secure the newly reduced ear to the side of the head.

Even if the description above isn’t totally clear, the video below will help.

To check pricing on prominent ear surgery from a doctor near you, click here.