Now that the release of our Major Overhaul of Visuals, Audio and Wheels has been in your hands for a while now, we’ve decided that it’s time again to kick off the next contest with the new visuals as the focus. As always, we’ve been following closely the incredible things players have been up to since this update released but now is your chance to show us what you can create by harnessing the power of NVIDIA Ansel technology! You can read more about the most recent major update on my previous blog post. 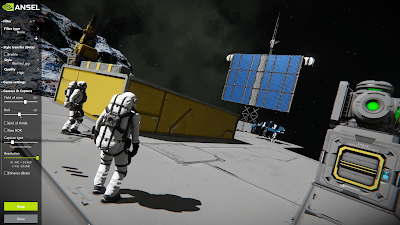 We are launching the NVIDIA Ansel Contest today with 5 different categories. We will be providing 100 in-game Engineer Skin Sets as prizes! On top of that, some screenshots may be added to the official loading screens or even printed on canvas and displayed in the KeenSWH offices!

Pressing ALT+F2 in-game will open up the NVIDIA Ansel screen which allows you to prepare your shot, edit the styling and choose the capture type. In offline singleplayer worlds this will also pause the game while the screen is open. Please note that you will need an NVIDIA GeForce graphics card to make use of this technology.

This contest will run until the end of May 2018. There will be five categories and each will have three winners. Entries must be uploaded to the recently launched Shot With GeForce website to be eligible. 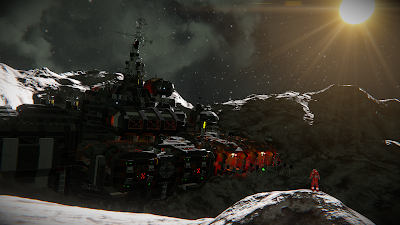 Across all categories, we want you to capture the original visual styling and feeling of Space Engineers. Please see my blog post for more details and advice on how to achieve this original look that we are looking for. We have been working internally to get back to this visual style, both in-game and in marketing/public presentation. 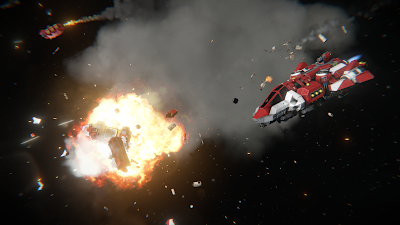 Even though each category will have different requirements, there a certain aspects that we are looking for across all entries. These include physics, engineering, destruction, deformation, pistons, rotors etc. While an entry does not need to cover all of these aspects, it should have at least one of them being showcased by your design. Space Engineers has some of the most advanced game physics in the industry. You are able to create and engineer things not possible in any other game, and this is what we always like to see!

How to submit your screenshots:

This category is about creativity within the limits of the vanilla game. The only rule is to follow the guidelines of our art style guide. You could design a fleet, a planet base, or even just show some epic destruction. Blow our minds! 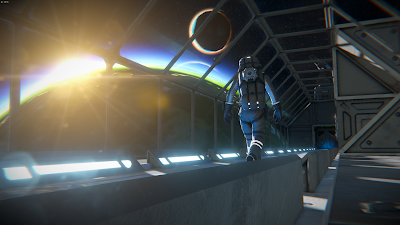 The second category is identical to the first category with the exception being that the images must be taken in the 360 degrees capture type within NVIDIA Ansel. You have some extreme potential here when capturing a scene to really tell a story of what is happening in that world. The Shot With GeForce website has a built-in 360 degrees image viewer to see the format correctly. See some examples here. 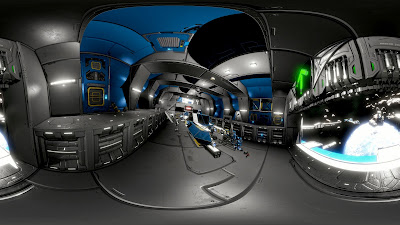 In this category, you can access the full potential of the Steam Workshop and the thousands of mods that exist on the platform to use in your creations. 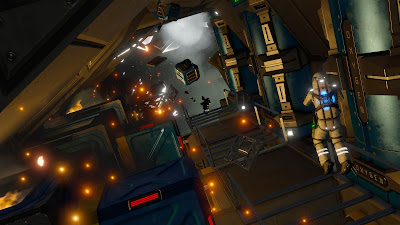 Just like the vanilla version of this category, you have huge potential to tell a story with this capture method. The difference of course with this category is that you can use as many mods as you like in your scenes! See some examples here. 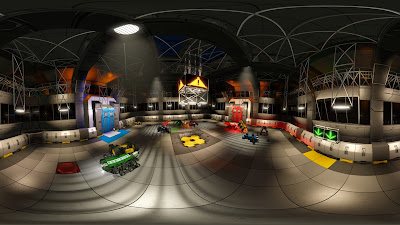 This final category is about coming up with something very artistic! You may choose to utilize features of NVIDIA Ansel like filters and AI style transfer to help you achieve this. 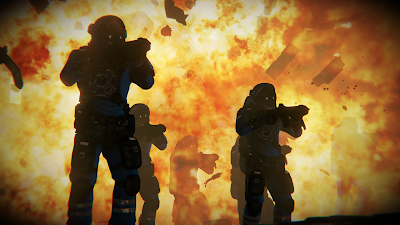 Space Engineers is still in development. Everything in the game is subject to change.

Thanks reading and we look forward to seeing what you come up with using this fantastic technology!

Marek Rosa is the CEO and CTO of GoodAI, a general artificial intelligence R&D company, and the CEO and founder of Keen Software House, an independent game development studio best known for their best-seller Space Engineers (2.5mil+ copies sold). Both companies are based in Prague, Czech Republic.

Marek has been interested in artificial intelligence since childhood. Marek started his career as a programmer but later transitioned to a leadership role. After the success of the Keen Software House titles, Marek was able to personally fund GoodAI, his new general AI research company building human-level artificial intelligence.

GoodAI started in January 2014 and has grown to an international team of 20 researchers.

At this time, Marek is developing both Space Engineers and Medieval Engineers as well as daily research and development on recursive self-improvement based general AI architecture.