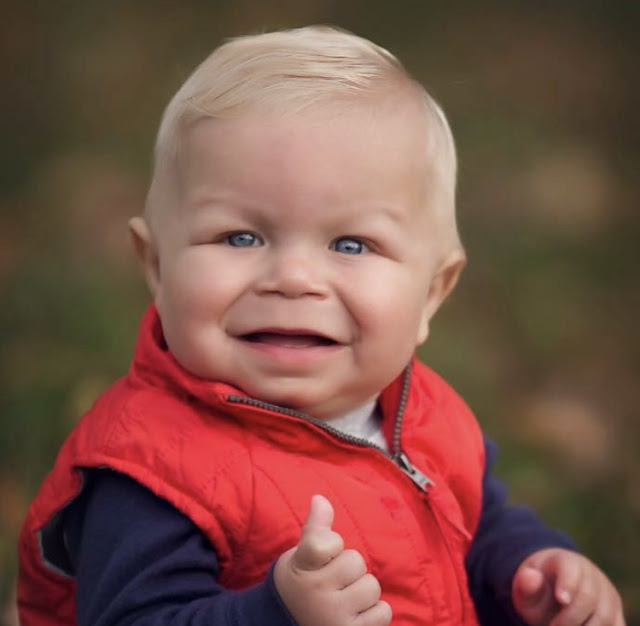 Rylan’s journey began on December 2, 2016 when he was born at a perfect 6lbs 13oz. Shortly as he was born the nurse knew that something wasn’t right. After a few hours they said that something was wrong with his heart and he was going to be going to Boston Children’s Hospital. A few hours after being in Boston they told my husband and I that Rylan had Total Anomalous Venous Return, (TAPRV) aortic stenosis and an ASD which is a whole in the heart between the upper two chambers. At 6 days old Rylan had his first open heart which took 7 hours but it was a complete success! After a long 3.5 week in the hospital Rylan was discharged on Christmas Eve. His big brother said that’s all he wanted for Christmas that year!

Rylan had been home for 3 days, but at his first follow up his stats were low and he had fast breathing. Back to Boston we went. After testing we learned that Rylan has been aspirating his food. So, a feeding tube was placed. Everything looked good with his heart, but his lungs needed to heal from the aspiration so the days kept passing by in the hospital. Then, again his stats dropped and his blood pressures were all over the place. After having a heart catheterization we learned that his aorta was very very narrow and he needed another second open heart in the days to follow. With all the narrow he had they wanted to test him for a genetic condition called, Williams Syndrome. His second open heart took place the follow week and took 12 hrs and again, was a complete success! Two weeks later we learned that he did in fact have Williams syndrome. After 2 months in the hospital and a g tube surgery we finally went home on march 3rd!

We were sent home following 13 doctors, OT, PT and a visiting nurse. We had two hernias repaires and three heart cauterizations since being home. He also had been growing like a week now weighing in at 19lbs! He receives in home PT and OT and has been crushing his goals!! He’s such a fast crawler that mommy can’t keep up! He still can’t take liquids by mouth, but we just figured out why he aspirates; he had a level 2 laryngeal cleft. He can eat table food tho and has been loving trying to figure that out! Mac n cheese is his favorite! Smiling took him a long time and now that’s all he does! His heart is still giving us a hard time and his body is rejecting the stents that we’re placed. Boston is trying something new, which is a medication called sirolimous to see if this will make his body accept the stents. It’s a waiting game to see if it’s working, but they told us this is then down to last options to help Rylan…

You’d never know by looking at him that his heart is as sick as it is. He’s a strong little boy!

Join us FRIDAY JUNE 8TH as we honor this sweet boy and his family!!
CLICK HERE to register to golf OR email ady.dorsett@haydensheart.org to sponsor this event! 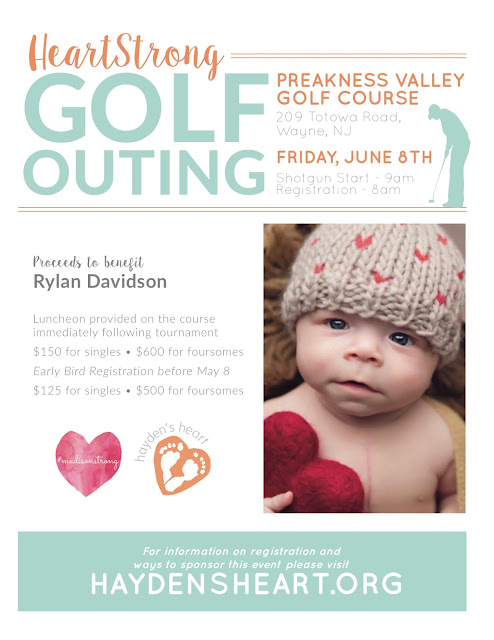