Please read carefully because there might be a test.

A school district in Pennsylvania placed a 5 gallon bucket of rocks in each classroom two years ago. If locking and barricading the classroom door does not work, the students have been instructed to throw rocks at the would-be shooter instead of hiding under their desks.

According to a Buzzfeed story, the school superintendent for Schuylkill County believes the rocks serve as a powerful deterrent. He said, “If an armed intruder attempts to gain entrance to any of our classrooms, they will face a classroom full of students armed with rocks. And they will be stoned.”

Maybe it’s working. Since the arrival of the rocks, there have been no shooter incidents in any Schuylkill County school. 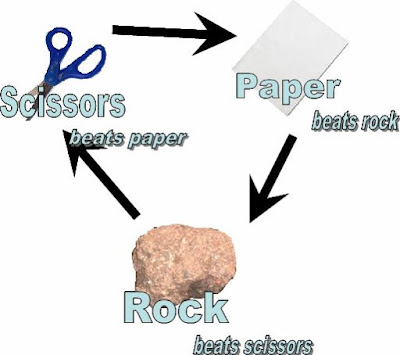 Another Pennsylvania school district has given its teachers miniature baseball bats to use as a last resort. The New York Times said the district purchased 600 18-inch long wooden bats at $3 each but pointed out the obvious, “They are no match, of course, for a gunman toting a semi-automatic weapon.”

But the superintendent of the district countered by saying, “I think a bat could disarm a pistol with a nice swing.” Maybe if the shooter wasn’t looking. The head of the teachers union said it was “better than doing nothing.”

The Times piece did not say if the teachers had been trained in the use of bats.

The president of a company that makes bulletproof backpacks said his entire line was sold out by three days after the February shooting at Marjory Stoneman Douglas High School in Florida. The backpacks, made with Kevlar panels or inserts, sell for $189.

An ABC news article about the backpacks featured an interview with the president of a school safety consulting firm who brought up the problem of a backpack not protecting the entire body. In addition, the backpacks cannot stop bullets fired from an assault-style weapon. Another issue that occurred to me is a child would have to be wearing or holding one to have any chance of avoiding injury.

The Florida shooting once again brought up the issue of arming teachers. Ironically only a few days ago, a teacher from that very same Florida school left his Glock 9 pistol in a public restroom at a Florida beach. An intoxicated homeless man found the gun and fired it “to see whether it was loaded.” According to the local ABC TV station, the teacher was arrested on charges of failure to safely store a firearm.

Several similar episodes have occurred over the last few years. To read about them, please check out links on the Twitter feed of David Waldman.

I blogged about some other bad ideas five years ago. Schools considered arming maintenance or custodial personnel. The idea did not catch on after a Texas school worker accidentally shot himself after taking a gun safety class. Equally nutty proposals involved trying to overpower shooters with scissors and giving teachers bulletproof whiteboards to hold.

Your reward for reading to the end is no test, but tell me which idea you think is the worst and whether you have heard of any other crazy ones.