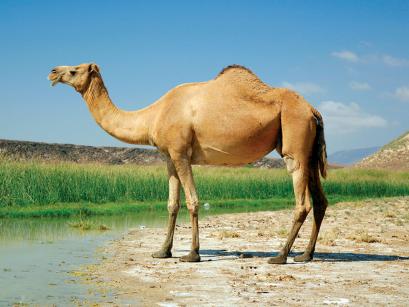 Beauty may only be skin deep, and it´s good that we should be able to employ every cosmetic trick in our armoury to look good. But what about our furry friends, the animals?

It would appear that camel cosmetic enhancement may be the next big trend. Beautiful camels can mean big money prizes and as such, this has led to some under-handed wheeling-dealing amongst the contestants eager to scoop part of the $57 million cash prize on offer at Saudi Arabia’s infamous Abdulaziz Camel Festival.

The strict rules of the contest forbid any ´cosmetic alteration´ in the search for the most delectable Dromedary and they are judged on camel-specific attributes such as hair design, racing, the shape of the hump, size of the lip protrusion, obedience training and photographic appeal.

Keen-eyed judges spotted irregularities in the lips of 12 camels, giving them no choice but to eliminate them from the contest. Following the discovery, it was realized that they had received Botox injections to enhance their appeal as contestants in the highly competitive world of camel cuteness. It’s not all bad news though, with event-goers being able to try the numerous food stalls with delicacies such as camel milk tasting.

With so many other cultural events going on around the world, what makes the Camel Festival so special? The Chief Judge, Fawzan Al-Madi says that as a symbol of Saudi Arabia, the camel has evolved from a stature of necessity to one of the pastime pursuits and there is no doubt that the financial incentive provided by the Saudi Royal Family has helped in boosting the attendance at this all-camel event. Some 300,000 aficionados, dealers and contestants were reported to have passed through the 28-day event with suggestions that this number will increase again next year.