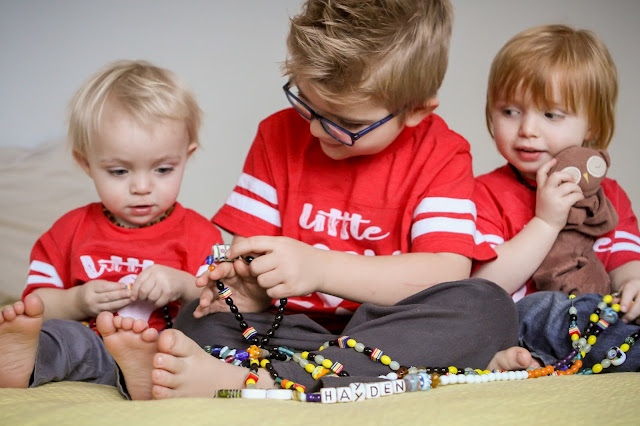 Before I got pregnant with Hayden I lived a pretty standard life in faith- I was raised a Christian, went to church, believed in prayer and that God was in charge of all things in this life. I believed and lived by the quote ‘Everything happens for a reason’ and believed God was behind all reasons.
The day Hayden was diagnosed with Hypo-plastic Left Heart Syndrome, my faith changed. I dived in deeper- begged and pleaded for prayers from anyone who was willing around the world. I set up a public Facebook page called ‘Prayer Page for Baby Hayden’ and invited all to join and share in helping us pray for a miracle. The day he died he had over 22,000 followers- all with intentions of praying for him and his fight for life.
I truly believed through Hayden’s life that prayer was going to be what saved him and what had previously been what saved him through all of his near-death experiences. The day he died, I felt confused, cheated, betrayed. 22,000 + people were praying for him- praying for him to come back to us- for his brain function to return- for a second, even third chance at life. I couldn’t figure out why if all of these people were praying to God for a miracle, why didn’t it happen? Why did he die? What did I do that was so wrong in my life to deserve this? Was I being punished? Why didn’t we get our miracle?  I’ve never pretended to be perfect- I’ve made plenty of mistakes- but thought overall I was a pretty decent person- caring, loving, with good intentions. Did I personally not pray enough? Not go to church enough? I was shattered- and I was ANGRY with God. From the day he died, I refused to pray. Refused. What was the point? He wasn’t hearing me anyways.
I went through about three years of feeling this way, but through it all knew that the ill feelings I was harboring towards God were also hindering me in my path towards healing. I will never forget our first retreat- the fall of 2015- three years into my grief. We spoke about our biggest relationship struggles and mine was with God, as were several other mothers. I said I wondered where God was when Hayden died- why he wasn’t with me- why he didn’t save him and give us our miracle. I remember one mother spoke some time after I did and I will never forget what she said. She said she knew God was with her. That when her daughter died, she knew he wept with her. He was just as sad as she was that her daughter had died. And although parts of that still do not make sense to me, it hit me. It hit me hard. I thought about that comment for weeks- months. I couldn’t get it out of my head. Maybe God wasn’t punishing me. Maybe he WAS sad Hayden had died. Maybe he was there all along. That New Years my resolution was to try to go to church again. Try to pray a little again- and maybe let God in a little. I felt like if this mother who also lost her child was able to remain trusting in God and have faith, maybe I could too.
It has been just over a year since I had that conversation at the first retreat and I am so thankful to say that so much of my outlook has changed. I am still so confused and may never understand why God didn’t give us our miracle and the act of prayer is often still confusing but what I do know is that God loves me- God didn’t punish me. He doesn’t work like that. He did take Hayden for reasons I don’t know that I will ever understand, but he also gave me so much and continues to- all I have to do is allow myself an opportunity to see it and accept it. He gave me 5 months and 4 days with that sweet boy- the same boy doctors were urging me to terminate at 21 weeks gestation when he was diagnosed. He gave Hayden to ME- he gave me the honor of being his mommy- to love on him and for him to love me. He gave me a sunshine baby before Hayden to make me get out of bed every day after Hayden was gone. He gave me two of the happiest, most loving rainbows on the planet and he helped me and continues to help me build a legacy for my son that I could not be more proud of.
So, I no longer believe everything happens for a reason.  But I do believe that people come into our lives for a reason. I do believe that good can come from heartache. I do believe that God has blessed me, and continues to, in several areas of my life. Some days it takes great effort, but I choose to focus on the good that He brings to my life and the good that Hayden has brought to my life- both while he was here and now that he is gone.
This past August marked four years without Hayden and while I feel I still have a long way to go in restoring my faith in God, I’ve also come a long way and I will continue to work on it because if nothing else, I know that God holds the key to my eternity with my son.
EHS
Share
Facebook Twitter LinkedIn Tumblr Pinterest Reddit Messenger Messenger WhatsApp Telegram Viber Line Share via Email
Recent Posts