I’ve heard that saying all throughout my life and sure, I knew in the first few years of marriage with my husband that we were different breeds. Multi tasking is a trait most women excel in- while most men can’t seem to find a way to wash dishes and hold a conversation at the same time. Most women are organizers –or at least strive to be in some ways- we do and want things done in a certain way. While men- they just want to get the job done, and specifics as to how to get it done aren’t always as important. There is nothing wrong with this- and this is in no way a man- bashing blog, I am simply pointing out some ways that I have found my husband and I – and most couples- are very different.

However, now that we lost a child together and are trying to maneuver through that tragedy, I can fully say that yes- we are from different planets. For me, the first sign of this was just about 10 hours after Hayden had died. We said our final goodbyes to Hayden and were leaving the hospital to go home without him in our arms for the very first time. Just getting me out of that hospital was a struggle in itself. But the two-hour car ride home- pure torture.

It took me over 30 minutes in the car to finally calm my outward sobbing and I sat there in silence next to my husband trying to find a way to catch my breath for the first time in quite a few hours. I remember literally telling myself to take a deep breath- open up your lungs and breathe deep. Just as I was doing that my husband looked over at me from the driver side-, which that alone still shocks me – that he was able to make that trip home- but anyways he looked over at me and said ‘So, I was thinking we could have him cremated so you can put his ashes into a necklace and always have him with you.’

Now looking back on this 4 years later, it is truly so sweet and thoughtful. But at the time, I was literally trying to retrain myself how to breathe after the loss of my son. I remembered slowly moving my head to look at him and whispered to him ‘I’m just trying to figure out how to fully breathe without my son in my arms. I don’t know what you’re talking about right now.‘

It’s been so long since that moment happened that I feel silly even asking if it offended him at the time but I truly just felt at that moment that we were from different planets, and may have actually looked at him as if he had two heads- or some alien-like feature.

Surviving a marriage after the loss of your child is not easy. However, most seem to find a way to do it. Statistic show that 16% of married couples divorce after the loss of a child. And while that statistic isn’t as large as I thought it would be, it is still upsetting and scary to think that I -or one of my angel mom friends – could fall into that category.

I imagine most grieving couples agree it isn’t easy. For me, the first few months to a year were pretty difficult to navigate through not only my loss, but also now living with a man who fathered my deceased child, yet somehow seemed to grieve completely different than I was. I would often internally remind myself that yes we did have the same loss – and remind myself that although I felt it, I wasn’t really alone. That he had lost the same as I did.

I remember a few months after Hayden died I was in my kitchen washing dishes probably crying like I often did in that space. A song came on that Rob must have liked because the next thing I know, he was in the kitchen singing along happy as can be. And I think I actually looked at him and said ‘How are you singing right now? How are your insides so joyful that you could actually be singing right now?’ I probably should’ve kept that thought to myself but my insides were still so damaged and so broken that the thought of actually being so joyful and singing along to one of my favorite songs just felt so foreign to me and I couldn’t believe that the person standing next to me who experienced the exact same loss that I had was able to do that.

I cried all the time, he rarely- if ever- did. I went to the cemetery all the time the first year or so- he rarely did. To this day I wake up every holiday with Hayden’s absence on my mind- wondering how to get through it and trying to put a smile on my face for my surviving children, he often questions ‘What’s the matter?’

Again, I am in no way bashing my husband or any other father that grieves this way. I am just simply stating that we are very different. And navigating through the loss of your child with your spouse who grieves completely different than you is difficult. It doesn’t mean my husband loves him any less. It doesn’t mean that he’s not sad. It just means that we choose to express it very differently. I’ve often asked him ‘Why don’t you cry? Why don’t you seem sad? Why does it feel like you’ve moved on?’ I know he feels like he needed to be strong for me every single second of every day. Even though I would often tell him that if there’s ever a time for a married couple to completely lose their shit together, this would be the time.

Rob and I had always been such a great team when it came to Hayden’s care. And we continue that through with his legacy. I distinctly remember the doctors and nurses telling us the days he was dying what a great team we were. We literally took turns crying. I would stand over Hayden and have my moments of sadness while Rob would either rub my back or walk away and give me space. And then when I’d gotten myself together he’d take his turn. We did that for three days straight. But, for whatever reason, once he died, I guess maybe Rob just saw me as even weaker and just felt the need to be stronger.

Now that we are 4 1/2 years into our loss, I know Hayden’s death will not tear us apart. We’ve made it through- but it wasn’t easy. Very often friends would say to me how impressed they were with how well I was dealing with our differences in our grief. How they don’t know if they would be able to handle grieving alongside their husband so differently. For me, it was just about respecting each other. Even though we grieve differently, I respected his path. And he respected mine. That’s not to say it wasn’t hard. That’s not to say there weren’t a lot of times where I questioned his grief. And not to be judgmental, just to understand. I just really didn’t understand how our loss was the same but so different. Maybe he felt and feels the same way. All I know is that I’m proud of us for not only surviving the loss of a child but for surviving our differences in grief. For respecting each other and knowing that we were doing what we individually had to to get through it. We may not understand what the other is thinking, I may never figure out why he doesn’t express his grief in the same ways I do- but we make a great team- same planet or not. 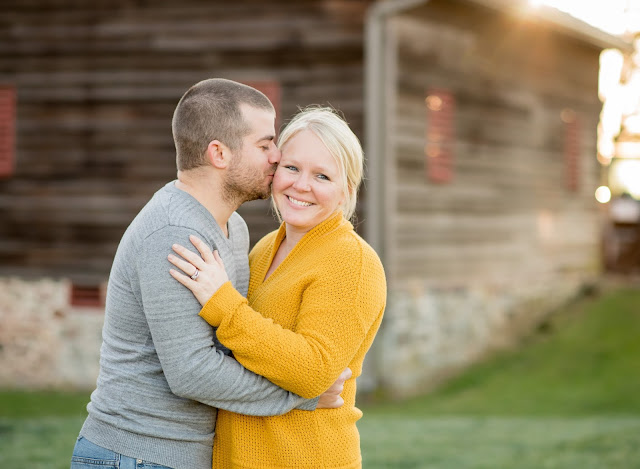 I think the husband/dad role in a relationship when dealing with grief is far different than that of the wife/mother. These thoughts were formed
based on my own experience as well as the experiences of some other men in the same situation. It would be very easy for someone to just say that men hide their grief because they inherently don’t enjoy talking about their feelings. While this may be partially true, I think there is more to it than that. When you lose a child, there is so much grief and sadness that it’s hard to even put into words and if you have not gone through it, honestly you can’t really relate. It’s nothing like losing a relative or someone else you know. As a dad who has lost a child, I don’t think I can even fully understand what my wife was feeling in our early stages of grief. She was the one who was pregnant with him, delivered him, and was with him 98% of her time. So early on after Hayden passed away, if there was a time when Ady seemed happy or in a good mood, there was no way I was going to upset that and possibly bring up my grief. Other dads have brought up this same idea. It’s not the men are not grieving, although sometimes it could seem that way, but more so that we don’t want to put our wives right back into intense grief because we know that’s where it will lead. If I needed some time to be upset, I’d do it in private, not because I didn’t want to show my feelings, but rather I was afraid of what those feelings would trigger for Ady. It’s not that I was trying to be the “strong” one. What I was trying to do was when I did see glimpses of Ady not in deep grief,  I just wanted to hold onto that.