EHS
EHS
An ounce of prevention is worth a pound of cure. But a non-invasive “cure” is always still worth a try!
I evaluated a patient this week who has a history of head/neck cancer several years ago and now has difficulty swallowing. He was tossed around from doctor to doctor over the last year or so until someone
finally ordered a swallow study at a small town hospital a couple months ago. However, the swallow study was performed, and the patient was told by the speech pathologist that his swallowing impairment was really severe and there was “nothing that could be done”. After being bounced around a couple more months, he was finally told that he needed an “aggressive swallowing therapist,” and eventually called an otolaryngologist in Tulsa who quickly sent him to me…. And here we are now, finally addressing his swallowing difficulties several years after he has been cancer free.
There are several things about this story that are very upsetting to me as a swallowing clinician, but I will just list here the two most concerning things. 1-The fact that the patient never saw a speech pathologist throughout receiving radiation to the head and neck to educate him about preventative exercises to fight against scar tissue buildup around the swallowing musculature, which is a known side effect of radiation. And 2- The fact that now after several years, the patient FINALLY lo and behold saw a speech pathologist recently and they simply completed the swallow study and sent him out the door. No recommendations of compensatory strategies. No diet texture recommendations. And STILL NO PHARYNGEAL EXERCISES. 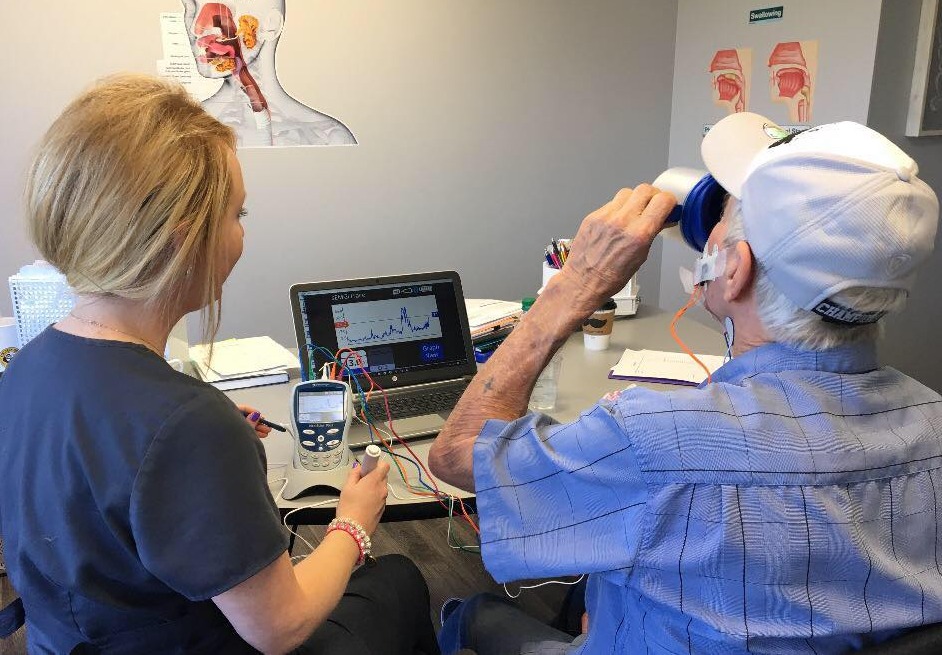