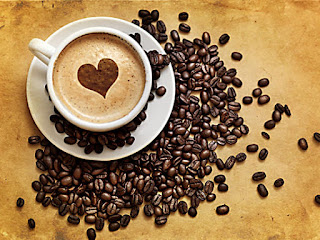 Coffee drinking is quite popular all across the world. There are many, who have coffee first thing in morning, referred to as bed coffee. Bed coffee is supposed to energize people and get them out of sleepiness. Many others take “coffee breaks” while at work, which relaxes them. Who would have forgotten the student days, when numerous coffee cups kept them awake until late nights just before examinations? Coffee drinking is supposed to increase alertness and concentration. The effects are mainly related to caffeine contained in the coffee.
Health-Related Benefits of Drinking Coffee
1. Lower risk of diabetes: In a Dutch study done on 40,000 people, it was found that drinking at least 3 cups of coffee or tea per day reduced the risk of developing diabetes by 42%. (Diabetologia 2009). The anti-diabetic effects are related to polyphenols found in coffee.
2. Lower risk of coronary heart disease: Moderate habitual coffee consumption (3-4 cups per day) lowers the risk of coronary heart disease, especially in women. (International Journal of Cardiology)
3. Coffee improves headaches and migraine, if taken alone or along with other painkillers.
4. Lower risk of brain stroke: Middle aged people in Japan, who drank 3 or more cups of coffee per day had lower rates of silent brain infarctions (strokes without symptoms, picked up on MRI scan of brain). Lesser brain infarctions would also lead to lesser incidence of dementia. (Journal of Stroke and Cerebrovascular Diseases, 2016)
3 or more cups of coffee intake per day reduced the risk of brain stroke (despite smoking tendency in coffee drinkers). A lower incidence of heart failure, diabetes and hypertension was also observed. (Nutritional Neuroscience, 2015)
5. Reduced risk of Alzheimer’s disease: Alzheimer’s disease is the commonest cause of dementia (memory loss and loss of other higher mental functions) in the world. Based on the meta-analysis of 11 research studies, it was found that higher coffee consumption reduced the risk of Alzheimer’s disease. (Nutrition, 2015)
6. Reduced risk of Parkinson’s disease: Parkinson’s disease is the commonest cause of movement disorder, characterized by tremors, rigidity and slowness of movements. Based on meta-analysis of 26 studies, increased caffeine/coffee consumption was associated with reduced risk of Parkinson’s disease. (Journal of Alzheimer’s Disease, 2010)
7. Reduced risk of multiple sclerosis: Researchers in USA and Sweden have found that drinking at least 900 ml (six cups) of coffee per day has protective effects against multiple sclerosis. Caffeine has neuroprotective properties and suppresses inflammation. (JNNP, 2016)
8. Reduced risk of depression and suicide: A meta-analysis of 11 studies showed a protective effect of coffee against depression. The relationship between coffee intake and depression was linear; for each cup/day increase in coffee intake, the risk of depression reduced by 8%. (Australia NZ Journal of Psychiatry 2016)
In addition, increased coffee consumption was also associated with reduction in incidence of completed suicides. (World Journal of Biol Psychiatry, 2014)
9. Reduced risk of cancer: Various studies have shown that regular coffee consumption is associated with lower risk of cancers. 5 or more cups per day reduced the risk of colorectal cancer (Oncotarget, 2016). Other studies have shown reduced risk of cancers of oral cavity, pancreas, urinary bladder, breast, uterus, and liver among regular coffee drinkers.
10. Lesser incidence of erectile dysfunction: Coffee can provide a boost to sexual health too. Men with coffee intakes of 2-3 cups of coffee/ day reported significantly lesser incidence of erectile dysfunction, as compared to those with no coffee intake or only 1 cup/day. (PLos One, 2015)
11. Lower death rates: Regular intake of coffee can increase longevity and prevent deaths too. Recent research has shown that people drinking 2-5 cups of coffee/day had significantly lower deaths from heart disease, chronic lung diseases, diabetes, pneumonia and influenza, and intentional self-harm. Coffee may reduce mortality risk by favorably affecting inflammation, lung function, insulin sensitivity, and depression. (American Journal of Epidemiology,
Possible Health Hazards of Coffee Drinking
1. Poor control of BP in patients with hypertension:  A recent study showed that older people with hypertension, who consumed 3 or more cups of coffee per day, had higher BP (systolic and diastolic). Coffee drinking, however, does not lead to an increased risk of developing hypertension (in people with normal BP).
2. Increased cholesterol levels: Drinking unfiltered or boiled coffee may cause an increase in the levels of LDL cholesterol and triglycerides.
3. Increased risk of coronary heart disease: Drinking 3 or more cups of Italian-style coffee (espresso or mocha) is associated with increased risk of coronary heart disease. (PLoS One, 2015). This effect was independent of cholesterol levels, as the cholesterol levels did not increase in this study.
4. Sleep problems: Caffeine is a brain stimulant and after consuming it, people feel alert. People sensitive to the stimulant effects of caffeine may not get proper sleep, if they drink coffee close to bedtime. Since, the effect of coffee may last for 5-6 hours, people sensitive to it should avoid coffee after 6 PM.
5. Not recommended for children: Coffee suppresses appetite, and may cause children to eat less. Also, after having coffee, children feel full, and avoid nutritious foods such as milk.
6. Pregnant and nursing women should have coffee in moderation: There is no restriction of coffee in pregnant or nursing mothers. However, they should restrict the coffee intake to 2-3 cups per day.
So, what is the final take home message?
1. Coffee is good for health, and can be safely consumed by adults.
2. For optimum benefits, it should be restricted to 2-5 cups per day.
3. The maximum safe limits for caffeine/coffee intake is 200 mg in one sitting (around 2½ cups of coffee) or 400 mg daily (around 5 cups of coffee).
4. Coffee (without sugar and milk) has zero calories; and hence, people on strict diet too can freely have coffee.
DR SUDHIR KUMAR MD (Internal Medicine) DM (Neurology)
Senior Consultant Neurologist
Apollo Health City, Jubilee Hills, Hyderabad
Phone: 040-23607777/60601066
Email: drsudhirkumar@yahoo.com
Online Consultation: http://bit.ly/Dr-Sudhir-kumar
EHS
Share
Facebook Twitter LinkedIn Tumblr Pinterest Reddit Messenger Messenger WhatsApp Telegram Viber Line Share via Email
Recent Posts